This happened more than 3 years ago when thoughts of marketing and promotions for my book, Of Knights and Lilies were taking up most of my time and thoughts. But there were also a few unwelcome questions that I had to unwillingly entertain. These were thanks to some incidents that clawed at my insides when I really didn’t want them to. They clamored for answers while I just looked on in shock.

I am a big time lover of solitude. I like to sit down at cafes with a book and a cup or two of coffee and lose myself in it or work on my laptop as coffee keeps me up. And sometimes I see some really rude and idiotic people make their way into the cafes. 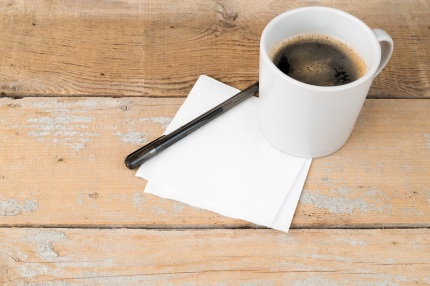 So on the evening of this incident, I was sitting at one of the small, round tables at a Café Coffee Day and reading a review copy while sipping on my coffee. In the meanwhile, a couple came in, a cup of ice cream in their hands, trying very hard to hide it from the staff and spectacularly failing at being discreet. It is common knowledge that most cafes and restaurants do not allow outside food to be brought in. But it was not my place to be lecturing them about store policies, so I just smiled and went back to reading my book.

About ten minutes after they had settled into the chairs at the table beside mine (they used to place tables too close together at the time), a staff member came up to them and politely told them, “Sir, outside food is not allowed, Sir.” He looked plenty apologetic to me and I wondered if he actually needed to be. He wasn’t doing anything wrong by telling them about the policy of the chain of cafes he was working for. I looked up, curious about what was going to transpire, listening in. (I know it is bad manners but the tables were too damn close!)

At this, the man said, “We will order from here in a while,” as though that settled the matter. But he was being courteous at this point. So I still smiled slightly.

“Still, Sir. Outside food is not allowed. Please eat outside and then come inside.” Still polite.

“We are just sitting here and I’m telling you I’ll order from here.” Uh oh. This was turning ugly. But not as much as the smile that had taken its place on the man’s face.

By this time, the manager of the store and the other staff had come to stand around their lone warrior; as though to support their general in their fight against the stubborn.

Several voices sounded echoing on the same lines as: “Sir, it is our policy. Please eat it outside and come back.”

This man was getting angry and the woman was visibly embarrassed. And this, ladies and gentlemen, was the point where the smile was wiped off my face and I glared daggers at the man.

“You want me to throw it? Why don’t you throw it?” he says, with a short laugh, obviously thinking he was being funny. He glanced at me, giving me a smirk that screamed, “I’M BEING FUNNY. DON’T YOU THINK THAT’S FUNNY? LAUGH, YOU UNWORTHY MORTAL!”

I raised an eyebrow. He averted his eyes and mumbled something like, “Alright.” The staff was dispersing by this time and I looked at the person who had pointed it out and shook my head.

My problem was not with the guy having a problem with the store policy. My problem is with his thinking that he can ask someone to do something that is not their job at all. The couple’s surreptitious entrance into the store told me pretty clearly that they were trying not to catch the eye of anyone who would point out that they were doing what they were not supposed to be doing. His arrogant smile was making matters worse for him.

This incident raised a few questions in my head.

Is courtesy no longer a concern? In a time when we are heavily fighting for rights, is the gap between the servers and the served so severe that it is alright for the servers to be mentally kicked around? Is there not something called basic courtesy that emerges through one’s veins when conversing with another? I shudder to think what the world will come to if it keeps filling up with people like Mr. Superiority.

I might be overreacting, but that does not mean these questions turn irrelevant! Be courteous if you expect courtesy in return. If people moved around thinking that politeness is not their prerogative, then courtesy will surely go extinct. Much like the dodo. And that, in my opinion, will amount to the heights of stupidity.

2 thoughts on “Is Courtesy Going Extinct?”

#QOTD : Which would you rather be: an Auror, a Victorian gentleman, or the Mother of Dragons? 😝 . . . Disclaimer: This picture was taken earlier this year when we went to watch Little Women, the movie. I was rushing to read the book before we could watch it and it was a very, very close call. 😂 . I miss going to my favorite cafes so much! It's not just the coffee or the food. It's the ambience, the feeling of being secure in my story amidst the thousands of the crowds. But we need to stay safe so that we can have more such reflective, introspective days in the future. So stay home and respect the lockdown, people! 💃 . . . Okay, so I was going through the #DramaQueenAThon hashtag and I realized there are hardly any posts from me anymore! I keep forgetting to post because I'm lazy. But I've decided I'll be lazy no more! I will be more active and post updates about my own readathon! 😌 . Let's see how this goes, although I'm internally laughing at myself. 😂 . Today's update: I finished reading 'When Breath Becomes Air' by Paul Kalanithi yesterday evening and I bawled like a baby! Still not over that book and I don't think I'll be over it for a while! I'll post my thoughts about it soon. ❤️ . Picked up Ruin and Rising last night but wasn't feeling it. So I put it aside and got on Bookstagram instead, interacting and engaging. Helped me a little. ❤️ . . . P.S. There's another variation of DramaQueenAThon coming in June. I'll announce it in a couple of days. Stay tuned. 😁 . . . . . . . #readingupdate #reading #amreading #readinginquarantine #cafereading #thosewerethedays #coffeeshopreading #readathon #readingeverywhere #readeveryday #bookstagram #bookstagramindia #bookstagrammer #instagrammer #bookdragon #bookgirl #bookobsessed #coffeeobsessed #lockdownlife #pictureoftheday #readingbooks #readingisfundamental #cafecoffeeday #littlewomen #backlistbooks #bookworm #booknerdigans #booknerd